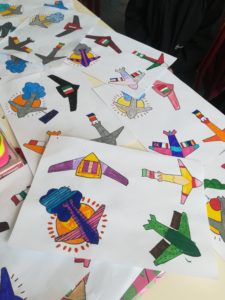 The activity began with an open question addressed to the class: “What is a logo?”. After some interventions by the children, the teacher showed them some logos on the IWB, to be able to observe all the characteristics that distinguish them, commenting on them in a debate.
Then the teacher asked the students to sit in a circle and posed another question to the class: “Let’s imagine that an airline company asks us to create a logo, how could we do it?”.
After everyone sat in a circle and contributed with his ideas .
Then the teacher prepared a card showing four hypothetical logos.
At the end one logo was chosen to represent “the company”of the project and played large on a billboard. 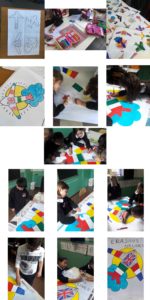