Giorgia, a young girl of our class is now very passionate about balloons, as well as her mates. She asked her mum to take her to Mondovi, a town located 35 km form the school (it’sin the region of Piemonte, Northern Italy). In Mondovi, on the weekend of 4th-5th-6th January there was the 31st Festival of Hot Hair balloons.

She took many pictures and spent a lovely day with her family!

The attached video is from Youtube: the balloons “dance”with the music of the Queen. Fantastic! 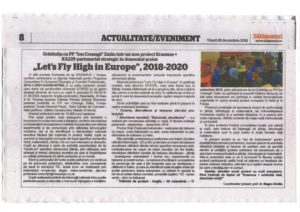 While children perform the proposed experimental variants with flying balloons, they received scientific knowledge about the effect of air, helium and water in ballooning; learn about colors, sizes, and shapes that balloons can have; develop scientific language skills in telling stories about flying balloons around OUR FLYING TOWN. 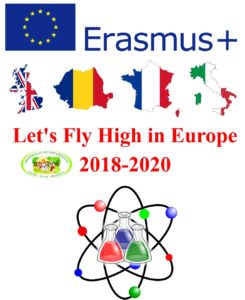 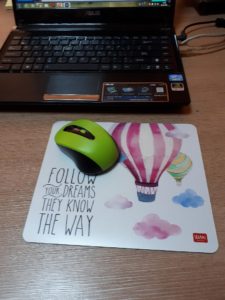 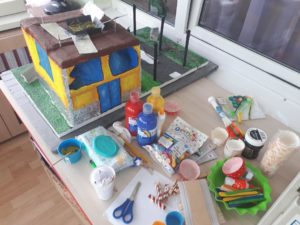 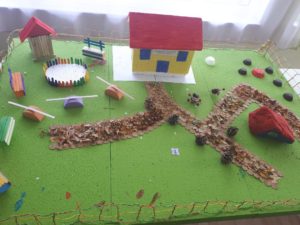 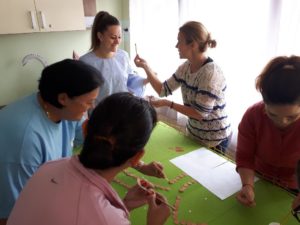 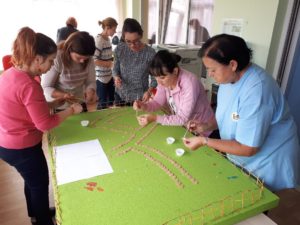 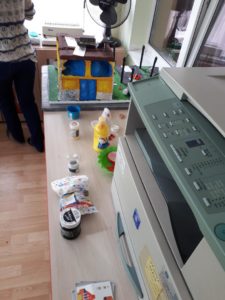 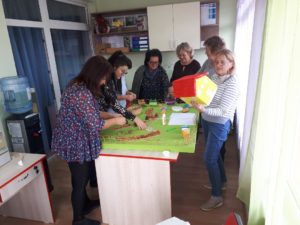 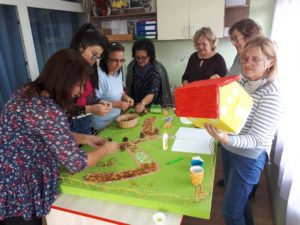 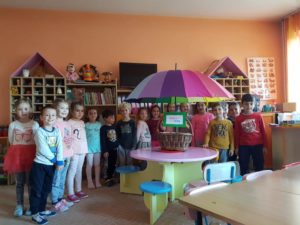 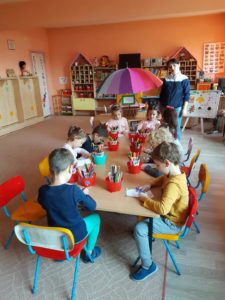 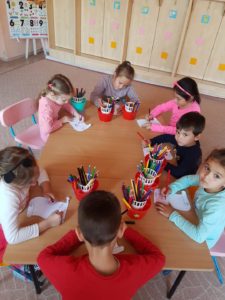 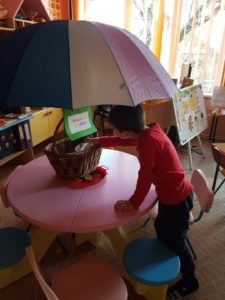 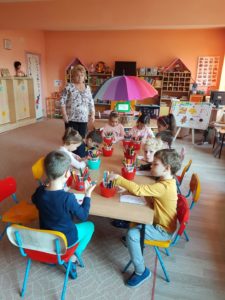 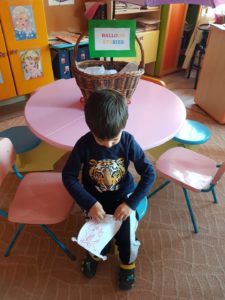 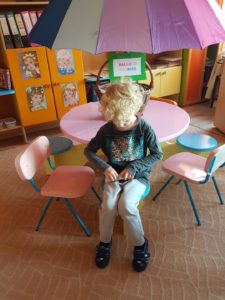 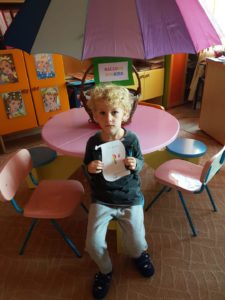 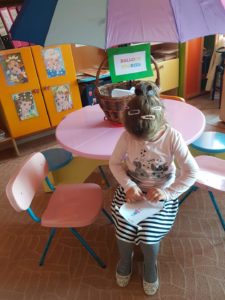 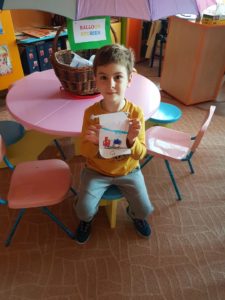 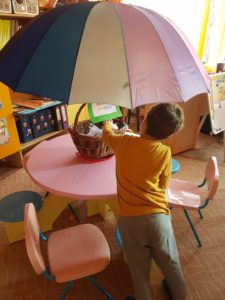 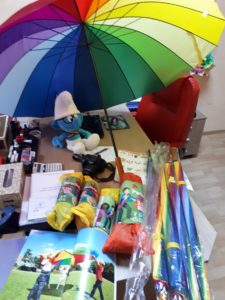 Required materials: A special colored “parachute” for the game.

The colored material is stretched out and the children have to grasp the ends around it, forming a circle.

Option 1. We’re under the parachute. At the start, all children raise the parachute, then fall under it and squat.

Option 2. Change location. When the teacher calls out two names, the nominated children must run under the material to change their places between them.

Option 4. Cat and mouse.
In the middle of the parachute, which is stretched out on the ground, there is a child sitting on the knee with support on hands, which has the role of a cat. The cat runs after the other children, who play the mice, and who stand on the outside limits of parachute until they catch someone who will take their place.

Option 5. Birthday party parachute. The holidaymaker stands in the middle of the “parachute” and the invites sing it “Happy Birthday!” 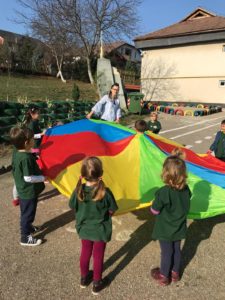 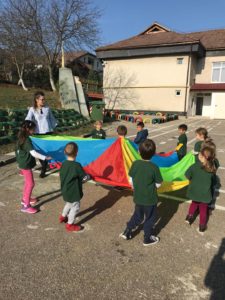 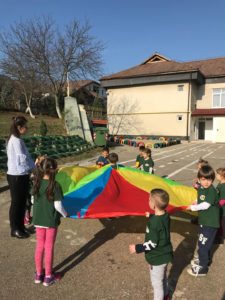 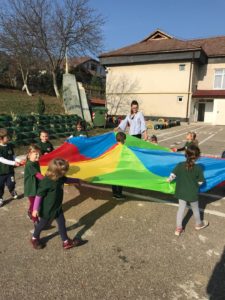 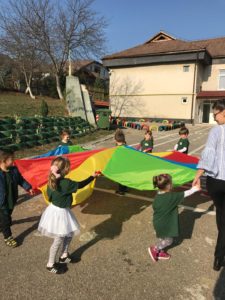 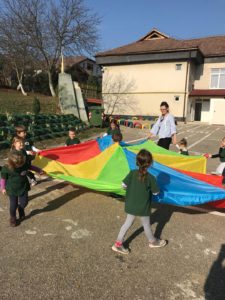