This week we were very lucky to have a British Airways Cabin Crew member come into school. The children were each given different roles which are carried out not only on an aircraft but also in the airport. The children had to use their best acting skills and act out different scenarios. Our visitor showed us what each role entailed and how she was trained to deal with them. This day linked well with our international project, Erasmus.

The children had a fantastic time and say thank you to our visitor!

Fly away with Reception Class

We enjoyed our class visit on board the BA flight to New York! We were lucky enough to spend the morning with Mrs Cox, cabin crew for British airways, who spent time talking to us about the different roles at the airport. We each had a role to play and even had the opportunity to dress up! We had a fantastic morning and really enjoyed taking on our roles.

Year 2 have had a fantastic afternoon with Mrs Cox (Sadie’s mam) who works for British Airways.

Mrs Cox set up and airport and aeroplane in our school hall to help the children gain a true understanding of the jobs and roles in the airport and aircraft.

The children were each given a different role; check in staff, baggage handlers, security, shop assistance, air traffic control, refueller, aircraft engineer, pilot, cabin crew and of course the many passengers boarding the plane. They were also given uniforms and props to help make their role more realistic.

Everyone learnt lots and above all had lots and lots of fun. 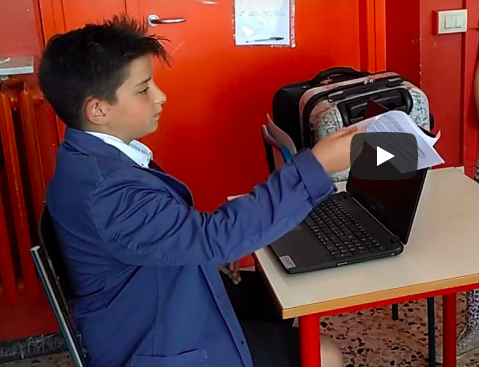 Italian students had fun imagining a dialogue at the airport and practiced their English. 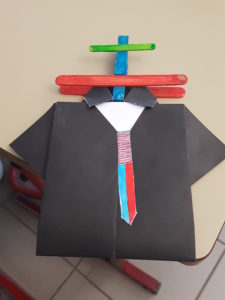 Blink of an eye

We took advantage of Father’s Day to build a wooden plane. We used clothespins
and some ice cream sticks. 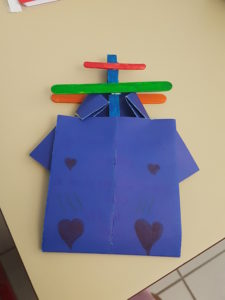 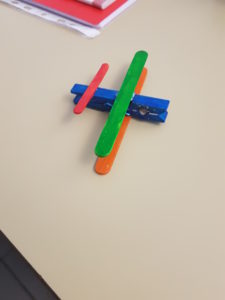 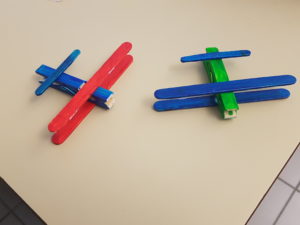 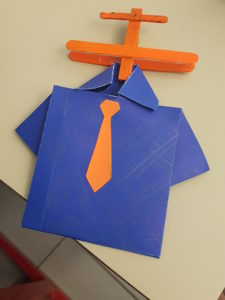